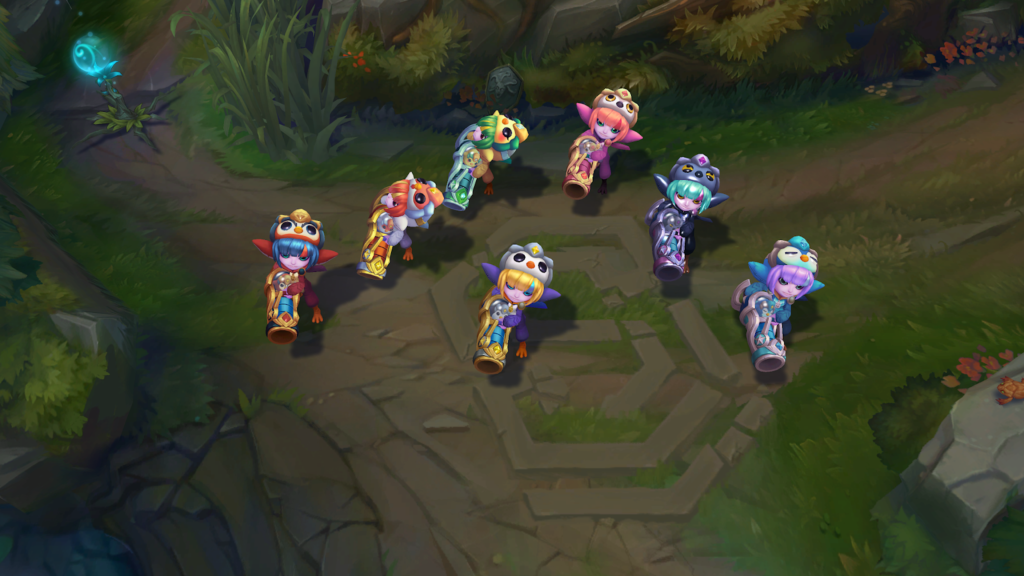 With the world revitalized, there came another wave of titans. Most fearsome of all was Malzahar, the once-great protector of animals. Vengeful over the horrors of the previous extinction, the holy shaman succumbed to anger, and there, in the depths of his rage, his magic turned dark, fueling a fury to end all life– from the depths of the seas to the peaks of mountains.

An immense tree-like golem, Maokai grew from the very roots of the world, charred though they were by the last annihilation. Burdened to revive the world after every destructive cycle, he wanders for all eternity, reseeding the earth with his magical saplings, making way for the renewal of life– only for it to be undone once more.

A once towering fortress toppled during the last annihilation, the thing called Sion was given consciousness by Malzahar, and raised up to become the purest titan of death and destruction. Now, imbued with ravenous hatred, he blasts the terrain with every step, hellbent on culling any instance of life.